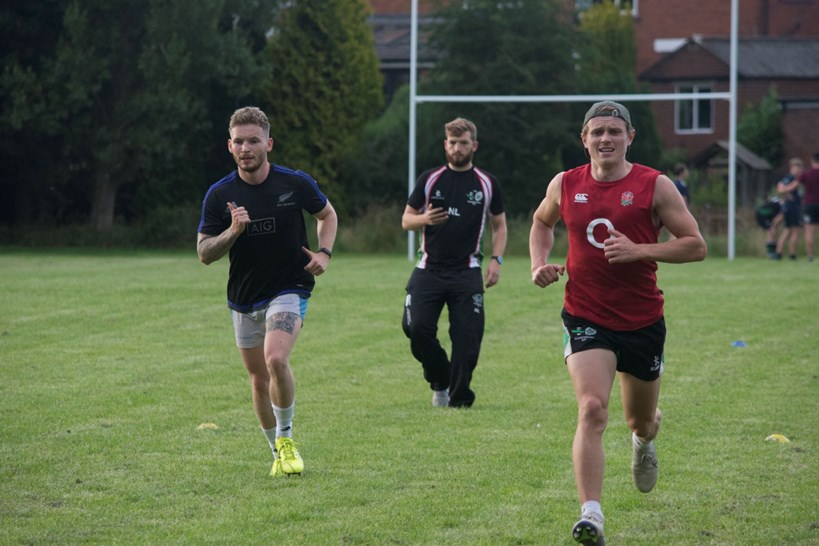 The  AGM will finally take place at the club on Thursday 13th August starting at 8.30pm.

Over the last few months since lockdown started there has been a brilliant effort from members to help sustain the club and despite the difficult conditions caused by the pandemic a great deal of progress has been made in improving the facilities and getting the club up and running again.

There has been a lot of work carried out on the pitches and grounds and both pitches are now in good condition. Some repairs have been carried out on the 2nd team pitch which should be ready to use again in September. The rugby posts on the 2nd team pitch have been painted and a new netting erected behind the posts. We also hope to straighten the leaning floodlight post and replace the lamp that is out.

Plans are under way to create two new player shelters beside the first team pitch and this work, including creating new steps down to pitch-side, should be part of the Nat West Rugby Force weekend on the 5th and 6th September.

Internally all changing rooms have been painted out by volunteers and new anti-slip flooring has been laid along the lower corridor and on the stairs to the bar. The paint in the dining room has been freshened up and deep-cleaning of the communal shower area will be completed next week.

Training has now started again for both the juniors and seniors, following social distancing guidelines. The number of people attending training sessions has been excellent and shows that everyone is keen to get back to playing rugby again.

Badminton also started up again from the 25th July and with some new systems introduced by the  Badminton committee, this is going well after a long break

The bar has been opened since Thursday the 16th July and it has been really good that members have supported the club by making the effort to come down and spend money in the bar. We are now changing the opening hours to give people the opportunity to use the bar and support the club over a wider range of times.

The opening times for the rest of August are as follows